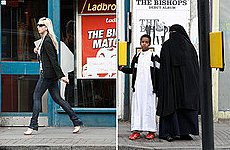 London house prices fell for the third consecutive month in November 2014 according to the Office of National Statistics.

Thanks to many months of heady rises, the latest average house price in London is still considerably higher than a year ago despite the recent dips. The ONS say annual house price inflation is now at 15.3 per cent for the capital.

“House prices continue to increase strongly across the majority of the UK, with prices in London again showing the highest growth” say the ONS.

Nationally the annual increase figure stands at 10 per cent. The South East and East are the two regions of England closest to London’s increases, with annual rates of 10.8% and 11.9% respectively.

Over the past few years price increases have been helped by continued low mortgage rates, an upturn in the economy and government housing initiatives such as Help to Buy.

However recent changes to stamp duty could have a negative impact on London property prices as a higher proportion of the housing stock falls in the new rate higher bands. In contrast regions with lower average prices are expected to see increased buyer interest as the overall cost of purchase drops thanks to lower stamp duty charges.

“As with most things property related in the UK in 2014, London takes the headlines with demand for property in the nation’s capital having dropped an alarming 28% since February. Although predicted to slow, it would seem the property boom in recent years that saw London house prices rocket to double the national average, has definitely begun to drop off” said online estate agent emoov’s Stephen Jury last month.