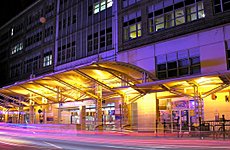 LONDON hospitals have the highest parking fees in the country and one, the Chelsea and Westminster, gets away with charging £3.50 an hour against a national average of 77p, a new report has revealed.

Today’s figures from the NHS Information Centre show that 28% of hospitals in the UK increased parking charges between 2010 and 2011, with only 16% cutting them back.

“It is often money patients do not have in these troubled financial times and is a tax on the sick when people have already paid for their health service,” said Katherine Murphy of the Patients Association.

“Hospitals should be properly supported by the government and should not have to rely on charging patients and visitors to park to make ends meet.”

Among the big risers were the Royal Marsden, a major London cancer hospital, which doubled its fees from 50p to £1 an hour and the North West London Hospitals Trust, which hiked hourly charges from an average of 88p to £1.58. The average cost of parking at hospitals in London and the south-east was found to be &1.02 an hour.

Despite the continuing rise in punitive parking costs, the government has no intention of putting a cap on charges, or abolishing them altogether, as in most of Scotland and Wales.

“NHS organisations must make the best use of public funds, and this includes setting car parking charges at a rate which is reasonable,” said Health Minister Simon Burns.
“But introducing free hospital car parking could cost the NHS more than £100 million.”

Imagine This Launches ‘Love and Courage’ on the West End