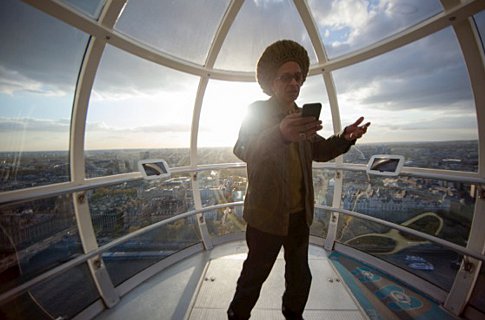 The Coca Cola London Eye has announced that the 32 Londoners concept will be returning in June 2015. This follows last year’s sell out event.

The subject for this year’s event is “adopted Londoners” – with expert speakers celebrating iconic figures, past and present, who were born outside of the city, but came to be associated with it.

London has a proud and long history of cultural diversity attracting the great and the good to its streets which for some have indeed been paved with gold. This year’s subjects will be “some of those who contributed to London’s rich tapestry of stories and helped shaped the destiny of the UK’s capital city” say the promoters.

“London is the greatest city on earth and we wanted to celebrate some of the intriguing characters who have made London their home and helped make London what it is today” said Nikki Ratcliffe, London Eye spokesperson. “We are delighted to be welcoming back 32 Londoners to the London Eye and are thrilled by the exciting mix of captivating speakers and fascinating subjects that this year’s event offers”

Event Details:
– The event will be curated by A Curious Invitation and Antique Beat and will feature 32 talks, in each of the London Eye’s 32 capsules on 32 extraordinary Londoners.
– During each talk, guests will be served a complimentary beverage courtesy of Aspall Cyder while there will also be an opportunity to share a further drink with fellow participants and speakers at the fully stocked cash bar prior to, and after the talks at the London Eye Riverside Rooms.

More:
– The full list of speakers is available on 32londoners.com
– Tickets for London Eye

The Police are Revolting