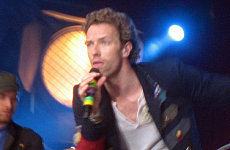 Gwyneth Paltrow has sparked outrage after posing for an advert wearing fur.

The Iron Man actress – who has two children, Apple, four, and two-year-old Moses with vegetarian singer husband Chris Martin – has angered animal rights groups by posing in animal skin as the face of the autumn collection of fur-lined boots and bags from Italian designers Tod’s.

A spokesperson for PETA (People for the Ethical Treatment of Animals) has revealed the group has sent the actress letters and videos “showing how people suffer for fur” but are yet to receive a response from Gwyneth.

The spokesperson added: “Gwyneth Paltrow won’t be the apple of her daughter’s eye if she continues to flaunt fur.

“It’s a terrible example to set for a young child, promoting an industry that electrocutes animals, snaps their necks and skins them alive.”

Vegetarian charity Viva! have also attacked the actress – who is renowned for her green lifestyle and previously stuck to a vegan macrobiotic diet – branding her “stupid”.

A spokesperson said: “There is nothing feminine about inserting an electrode into the anus of a terrified and struggling fox and then electrocuting it. Ms Paltrow is an actress – and seemingly a particularly stupid one at that.”

In addition to angering the groups, some of Gwyneth’s closest friends are reportedly “furious” with her, including vegan musician Moby and fashion designer Stella McCartney, who refuses to use fur in her collections.