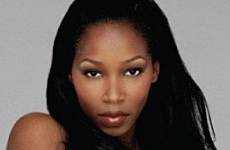 JAMELIA and Leona Lewis have formed a united front to condemn gang culture.

“I feel we are in an awful situation,” said Jamelia. “I know people who have been sucked into a bad situation with gangs. There are ways to stop crime happening and regardless of how heavy-handed the punishment is, it needs to happen.”

The Superstar singer is no stranger to crime and punishment. One of her brothers, Kairo Beckford, a member of a Birmingham gang called the Burger Bar Boys, was jailed for life for a gang-related murder in 2004. Another brother, Tesrod, suffered fatal knife wounds ten years earlier.

X-Factor star Leona Lewis told Cosmopolitan magazine: “Most of my friends have been shot, stabbed or beaten up It makes you take stock and realise you can’t take anything for granted. You have to appreciate life.”

Lewis also has personal connections to the damage done by gang violence with her cousin and uncle both convicted gang criminals and a friend the victim of a deathly shooting.