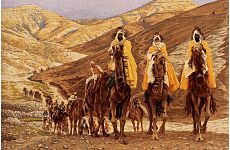 GRIM traffic warnings have been issued by motoring organisations as the build-up to Christmas goes into overdrive.

The last main work day before Christmas is nearly always the busiest day for road traffic in Britain and this year promises to be no exception with the RAC predicting 18 million cars on the roads on the 21 December.

Things are likely to die down for a few days while we all plonk our full-bellied selves on grandma’s sofa and watch TV, but then come the second busiest days of the year on the 27th and 28th. The RAC reckon about 16 million cars will be getting in each other’s way on those two days.

On the bright side, plenty of road works have been put on hold and the weather is expected to become warmer, partly as a result of the increased cloud cover so there won’t be that low winter sun to contend with when driving.

There’s also a helping hand from the Highways Agency in the form of this constantly updated website, which shows where the worst of the jams are and predicts where they might emerge. Bloomin’ Nanny State.

Any which way you travel, or if you’re lucky enough not to need to shift half way across the country; have a safe and cheerful Christmas, with computer love and peace from the LondonNet news team.