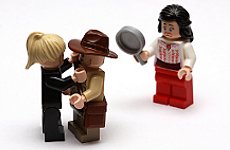 CHRISTIAN opposition to adverts for a married people’s dating website will carry on, despite the authorities giving the thumbs up to maritalaffair.co.uk.

Campaigner Jon Kuhrt wanted the company’s poster ads, specifically one in Merton, south west London, banned on the grounds they promoted adultery. He started a facebook groupto push his point and complained to the Advertising Standards Authority.

But the ASA have now ruled in favour of the dating site, whose posters bear the legend, “Hello Girls, Get Instant Excitement at maritalaffairs.co.uk”, saying the ad wouldn’t cause “serious or widespread offence”.

“Sites like these will always exist but we do not have to tolerate their advertising in public places,” said Kuhrt.

“They are feeding on people’s weaknesses and helping them to lie and ruin their own as well as their partners, and their families and children’s lives.”

Kuhrt’s facebook protesters, whose numbers jumped from 1,000 to 2,500 overnight, aim to continue their fight, by flooding the ASA with more complaints and writing to MPs.

But at least one of their members smells a rat.

“This morning the CEO and press department at this Marital affair company will open their inbox with hundreds of emails from campaigners from this facebook group and requests from the media for interviews,” writes Gareth Duffield.

“They’ll be overjoyed at the free advertising you have given them as a group and praising the employee who came up with the idea.”

MPs Want Big Ben to be Re-Named after the Queen