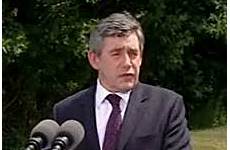 HAND-BAGGAGE fans were handed a boost by Gordon Brown when the PM announced some security restrictions will be lifted early next year.

Since the London bombings two years ago, airport users have put up with a strict hand-baggage allowance, one smallish item per passenger, determined by the government.

From 7 January, things will be eased on this front with up to two bags allowed, but what Gordon giveth with one hand, he taketh away with the other, this time in the form of form filling.

Passengers will, from 2009, face a government-imposed questionnaire, said to be 53 points strong, when they book a flight, or if they plan to leave the country by any other means.

The “e-borders” scheme, as the government calls it, is designed to keep closer tabs on comings and goings to and from Britain in a bid to increase intelligence on potential terrorists.

It doesn’t come cheap. Estimates put the costs of e-borders at a cool UKP1.2 billion. Still to be negotiated is how much of this cost will be passed on to airports, stations and ports and therefore ultimately, to us, the troubled travelling public. But, y’know, at least we’ll have an extra bag in which to pack up those troubles.