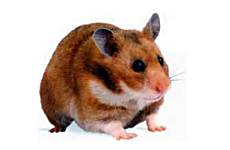 AMY WINEHOUSE has been accused of killing her friend’s hamster.

The troubled singer – who has a well-documented problem with drink and drugs – had been partying at pal Peter Pepper’s girlfriend’s Hampstead house when poor rodent Georgie Porgie lost its life and Peter is convinced Amy was responsible.

Peter, Amy’s former session musician, said: “Georgie was a birthday present and we’d got him out to play with in the morning. I’d been to bed, but Amy had stayed up and there was still going strong and had drunk the drinks cabinet dry.

“The next thing I know, it bites me, runs off and Amy says she’ll catch it. I was a bit suspicious when she said she was good with hamsters.

“But I went to put a plaster on my finger and by the time I came back Amy said she’d put it to bed and it was sleeping. But just hours later Georgie was stone cold and hard. I don’t know what she did to it – it was probably crack!”

Despite the incident last year Peter, who is now the lead singer of new band Palladium, has remained good friends with Amy but is “too scared” about raising the issue about Georgie’s suspicious death with her.

He added to the Daily Mirror: “I’ve never directly accused her of killing my hamster as I’m too scared. She can be quite fierce… and mental”