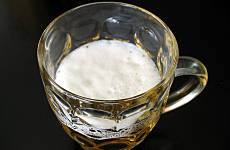 BRITISH beer drinkers where are you? That’s the question being asked in pubs up and down the country after the latest figures revealed another drop in sales of the brown stuff.

The answer used to be “We’re at home with a four-pack in front of the telly,” but even with canned beer included, beer sales have slumped by 22 per cent since the peak in 1979.

Nevertheless, it is pubs which have taken the brunt of the fall, suffering a whopping 49 per cent fall in beer sales over the same period.

Changing tastes and new and revamped drinks are two of the reasons for the decline, but wine and cider are only part of the story. The government could write a whole chapter of its own, mostly on tax.

Beer duty has shot up by 27 per cent over the last ten years, while wine has been lumped with a 16 per cent increase, cider nine per cent and spirits just three per cent. Beer’s rivals have all seen increased sales.

Now brewers and the Campaign for Real Ale are asking the government to cap future duty rises, despite evidence from medical professionals that such increases can help the spread of alcoholism.

“We believe the benefits that have been enjoyed by other drinks from a tax freeze should be extended to Britain’s national drink – beer,” said Rob Hayward for the British Beer and Pub Association.

‘We would go further in calling for a reduction in the level of tax on Britain’s national drink in order to bring people back to the pub,” said Owen Morris, a Campaign for Real Ale spokesperson.

Thames Festival to Light Up London