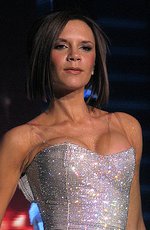 THE SPICE GIRLS are to host a TV talent show in which the group’s five stars choose members of a new girl band.

The show is said to be modelled on Andrew Lloyd Webber-hosted series such as I’d Do Anything, so we’ll get loads of Spicettes competing for the chance to star in the much-rumoured Spice Girls musical set for the West End.

“It’s a fantastic new way to broaden out the Spice franchise and cash in on their personalities, their story and their song,” an industry source told The Sun.

“The girls would have to work intensely on a TV show for a short period of time. But they then launch a musical which could run for months or even years.”

Wu-Tang Clan plan to ‘do it one time, perfect’ at Brixton...