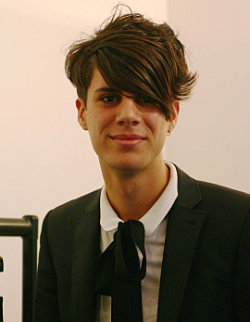 The British Fashion Council sometimes catches an unnecessary amount of flack (Are size-zeroes sickly? Is anyone else just a big fat fatty?), but it has a big heart. Just ask Nabil El-Nayal, a budding designer who won this year’s MA Scholarship scheme.

Nabil impressed judges – including Burberry creative director Christopher Bailey – with his latest collection and is on his way to the Womenswear MA course at London’s Royal College of Art. He just graduated from Manchester School of Art, won the 2008 Graduate Fashion Week Womenswear Award in June, and plans to be showing at London Fashion Week before long.

It’s not unexpected from someone so enthusiastic. In case you’re wondering, Nabil (now doing work experience at Burberry) didn’t pick fashion – it picked him. “Before I was even born,” he adds.

How would you describe your design style?
I use a mix of authentic historical referencing, which could be the Victorian era, for instance, or Elizabethan era, as was my last collection. With this I combine elaborate concepts such as RoadKill. I did a rat collection in my second year project entitled ‘It was about to Snow…’, and the rat transformed into the plague (or the Black Death), which led to a monochrome collection as my graduation collection.

Did you always know you’d be a designer?
Absolutely! I’m one of those who could sew up clothes before he could walk – I really was. I began to knit at the age of 4 and completed a wedding dress made (without my mum knowing) out of net curtains by the age of 6 or 7.

What’s one of your favourite garments done by someone else?
There are too many. I love a Christopher Kane dress that was made in leather and featured beautifully trimmed hem lines in pleated leather.

What trend should die already?
Will the New Ravers of 2006/7 please move on?! I think they are in desperate search of something new but just haven’t found it yet. They end up either toning it down a little and ending up looking like they don’t have any style direction, or they are still hardcore ravers! We’re nearly in 2009. It’s time to be more pure, I think.

Tell us your biggest vice.
I love to lose myself in children’s story-book writing.

What’s your favourite band on your iPod?
Oi Va Voi

How about your favourite restaurant?
Nando’s

And your pick of vacation spot?
I have had the most fun in the Canary Islands. But I love France, too. 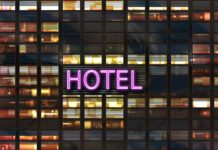 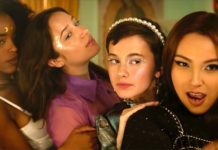 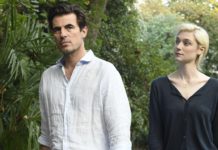