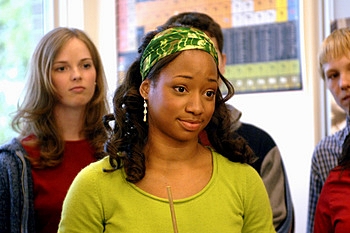 Spends her spare time: Learning new dances to add to her repertoire of jazz, hip-hop, modern, African and ballroom dancing

Acting Credits: “The Reading Room” opposite James Earl Jones, the Disney Channel’s “The Suite Life of Zack & Cody” as well as “Boston Public,” and guest-starred on “Veronica Mars,” “Gilmore Girls,” “Strong Medicine” and “Malcolm in the Middle.” In addition, Coleman co-starred in the cable movie, “The Ditchdigger’s Daughters” with Carl Lumbly and Dule Hill, for which she was nominated for a Young Artists Award. On stage in Chicago, Coleman starred in productions of “Noises Off,” “Polaroid Stories,” “The Real Thing” and “The Colored Museum.” Coleman received critical acclaim for her two-person play that she co-wrote, produced and starred.