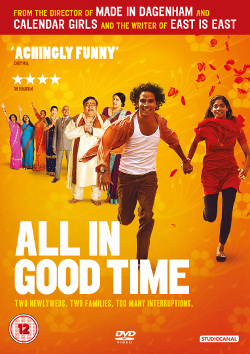 WIN ALL IN GOOD TIME ON DVD + TICKETS TO SEE MUCH ADO ABOUT NOTHING!

From the award-winning director of A lot like Love and Calendar Girls, Nigel Cole presents All In Good Time – a hugely warm-hearted comic tale, adapted for the big screen from the Olivier award winning play Rafta Rafta by Ayub Karan Din (East is East.)

Centred around a close knit, larger-than-life British Asian family living in present day Bolton, All In Good Time stars Reece Ritchie (The Lovely Bones) and Amara Karan (The Darjeeling Limited) as Atul Dutt and his young bride Vina, for whom the first taste of married life is proving far from straightforward.

The wedding feast is over and Atul’s father’s drunken bhangra dancing and arm-wrestling has robbed the happy couple of the wedding limelight. Spending the night at Atul’s family home, when it is finally time for bed, Atul is so woefully inhibited by the proximity of his parents, not to mention his brother’s childish pranks, that his beautiful virgin bride remains just that.

When their hard-earned honeymoon is cancelled the day after the wedding, the newlyweds have no choice but to return to the Dutt household and set up home there.

Harish Patel (Run Fatboy Run) and Meera Syal (Anita & Me) reprise their roles from the original play as Atul’s parents, Eeshwar and Lopa, in this hilarious and endearing comedy combining laughter, family loyalty and love.

About Much Ado About Nothing:
Bollywood comes to the West End in this arranged marriage of love, laughter and family scandal. Meet the jilted bride, her shamed father, the scheming villain and two bickering lovers (played by Meera Syal and Paul Bhattercharjee) in Shakespeare’s irresistibly ravishing comedy.

The Royal Shakespeare Company‘s acclaimed production of Much Ado About Nothing transfers to London from 24 September, for a strictly limited 5-week season at the Noel Coward Theatre.

Prize: Two winners will receive All In Good Time on DVD and a pair of tickets to see Much Ado About Nothing at the Noel Coward Theatre each.

More Necessary Info:
– Tickets must be used before 27th October 2012.
– Tickets cannot be used for Saturday shows.
– The winners must be aged 18 or over.
– Proof of identity and age may be required.
– Use of a false name or address will result in disqualification.
– All entries must be made directly by the person entering the competition.
– Entries made online using methods generated by a script, macro or the use of automated devices will be void.
– First correct answer out of the Editor’s hat wins the prize.
– Winners’ full names, cities of residence and first part of their postcodes will be published on this page when the competition ends.
– Details will be sent to the winner.
– LondonNet is not responsible for prize distribution.
– The Editor’s decision is final.
– There is no cash alternative. 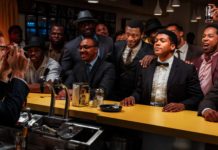 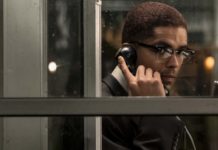 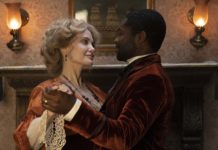