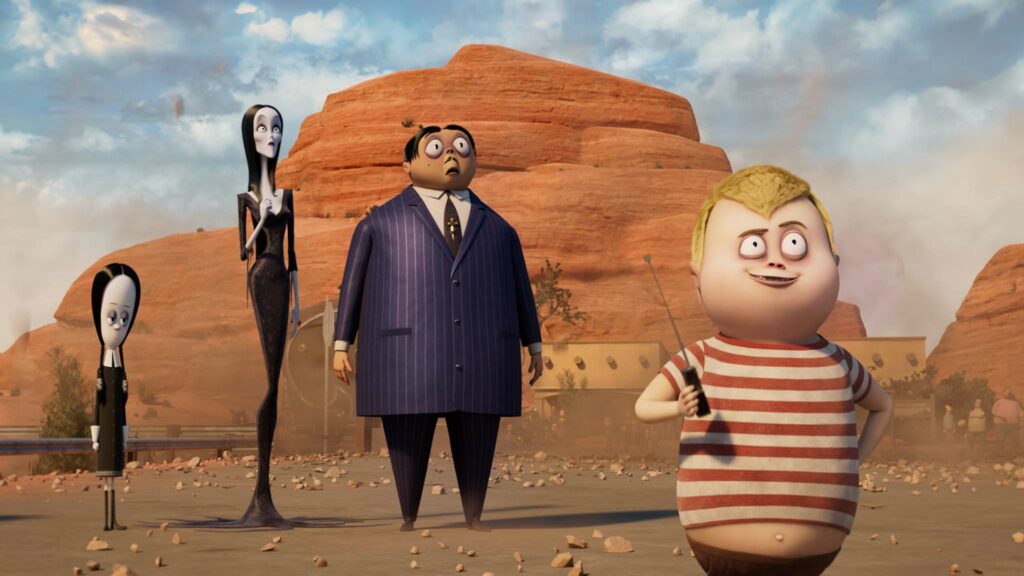 Wednesday Addams enters a national science fair with her homemade serum, which transplants personality traits between species. Scientist Cyrus Strange, who sponsors the fair, fixates on Wednesday’s chemical formula. “Alas I can’t share it,” she replies coldly. “It’s a family secret.” Soon after, lawyer Mr Mustela approaches Gomez and Morticia for a sample of Wednesday’s DNA. The advocate claims the enfant terrible was switched in the maternity ward with another child.

Find The Addams Family 2 in the cinemas 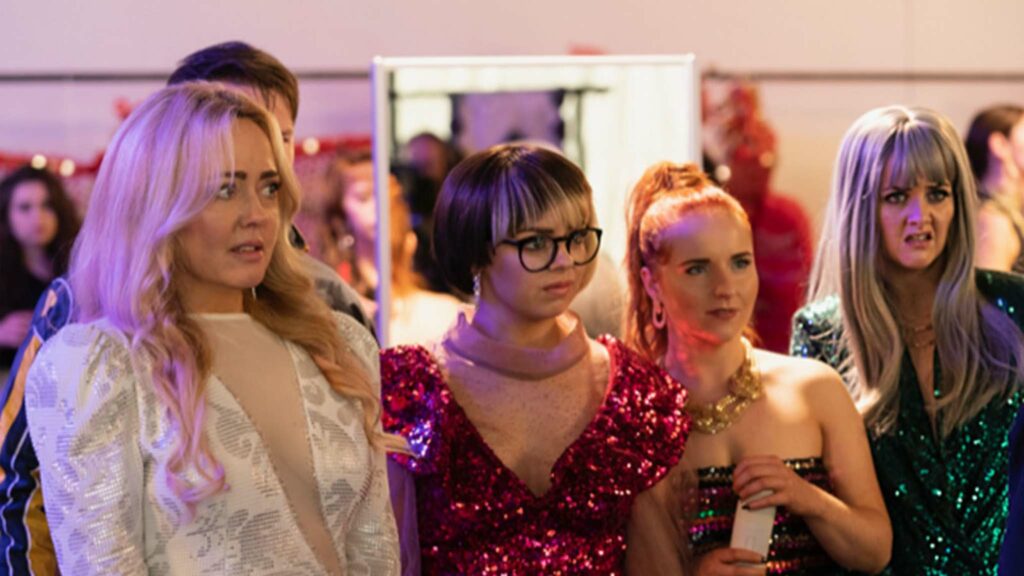 Michelle is the owner of Deadly Cuts hair salon, situated in an area of Dublin where local thug Deano and his gang extort money from businesses through intimidation and violence. Unfortunately, Michelle refuses to be bullied so Deano damages the shop and villainous politician Darryl Flynn swiftly files a compulsory purchase order. Michelle and lead stylist Stacey plan their retaliation during preparations for a national hairdressing competition run by the effusive D’Logan Doyle.

Find Deadly Cuts in the cinemas 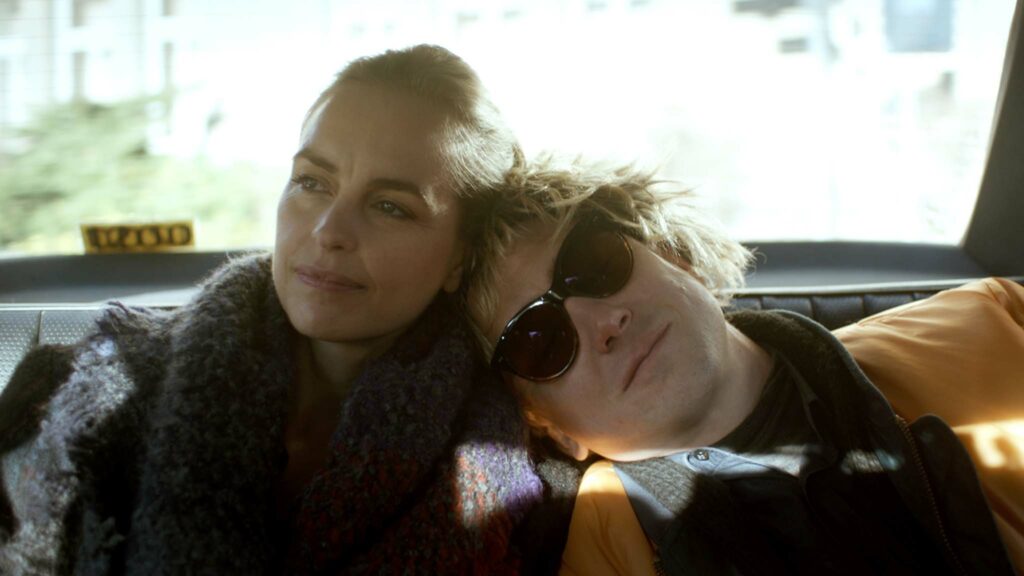 Berlin-based playwright Lisa Nielsen follows her husband Martin to Switzerland when he secures a teaching job at an elite boarding school. The move separates her from her gay twin brother Sven, a stage actor who has occasionally performed her work. When he is diagnosed with an aggressive form of leukaemia, Lisa ignores fissures in her marriage to rush to her sibling’s side, offering to participate in a potentially life-saving bone marrow transplant and oversee his recovery.

Find My Little Sister in the cinemas

As 10 years of construction on a tunnel nears completion, geological changes in the surrounding area trigger a series of natural disaster including earthquakes and landslides. Estranged father and son Lao Hong and Xiao Hong must work together to spearhead the effort to save 160,000 people.

Find Cloudy Mountain in the cinemas

Shortly before the first Covid lockdown hit Italy, a once-in-a-lifetime exhibition of more than 200 masterpieces by artist Raffaello Sanzio da Urbino, including paintings and drawings, opened at the Scuderie del Quirinale in Rome. This documentary was granted exclusive access to the show.

Find Exhibition On Screen: Raphael Revealed in the cinemas

In the 1990s, trailblazing Irish neuroscientist Dr Phil Kennedy implanted wire electrodes in the brain of a paralysed man to further research into facilitating speech for locked-in patients. This documentary portrait goes behind the headlines to consider ethics and mental privacy.

Find Father Of The Cyborgs in the cinemas

Sebastian Weigle conducts Mussorgsky's towering opera in its original 1869 version, broadcast live from the stage of the Lincoln Centre For The Performing Arts in New York with German bass Rene Pape in the demanding title role under director Stephen Wadsworth.

Find The Metropolitan Opera Live: Boris Godunov in the cinemas

Christopher Street Pier in New York City has become a beacon for homeless queer and trans youth of colour, many of whom have been kicked out by their families. This documentary spends five years in the company of some of these young people as they reach critical junctures in their lives.

Find Pier Kids in the cinemas

High school student Casey Becker is murdered by a serial killer wearing a Ghostface mask. Another girl, Sidney Prescott, whose mother was murdered one year ago, is targetted by the same assailant but she manages to escape the knife-wielding predator.

In May 2021, the immersive landmark exhibition Alice: Curiouser And Curiouser opened at the V&A in London. This private view of the exhibition, filmed especially for the big screen, tumbles down the rabbit hole with V&A curator Kate Bailey and presenter Andi Oliver.

Find The V&A Presents Alice: Curiouser And Curiouser in the cinemas