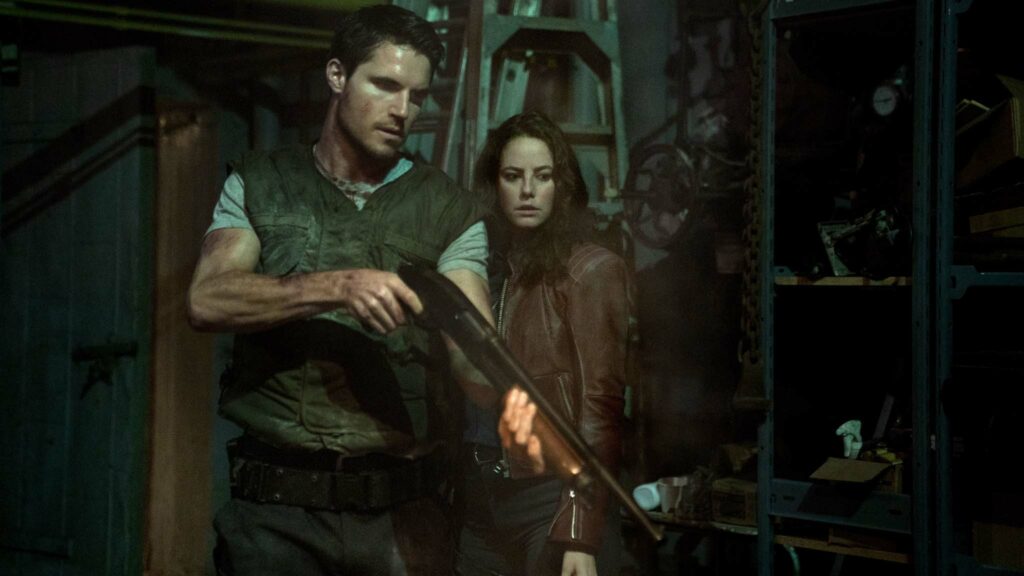 Claire Redfield returns to Raccoon City to find her brother Chris, a member of the Special Tactics And Rescue Service (Stars) Alpha Team. She intends to warn him about the nefarious activities of the Umbrella Corporation, which managed the orphanage where they grew up. Claire arrives as a deadly contagion infects residents and transform them into crazed predators. Chris joins the rest of his Stars squad to investigate his sister’s claims.

Find Resident Evil: Welcome To Raccoon City in the cinemas 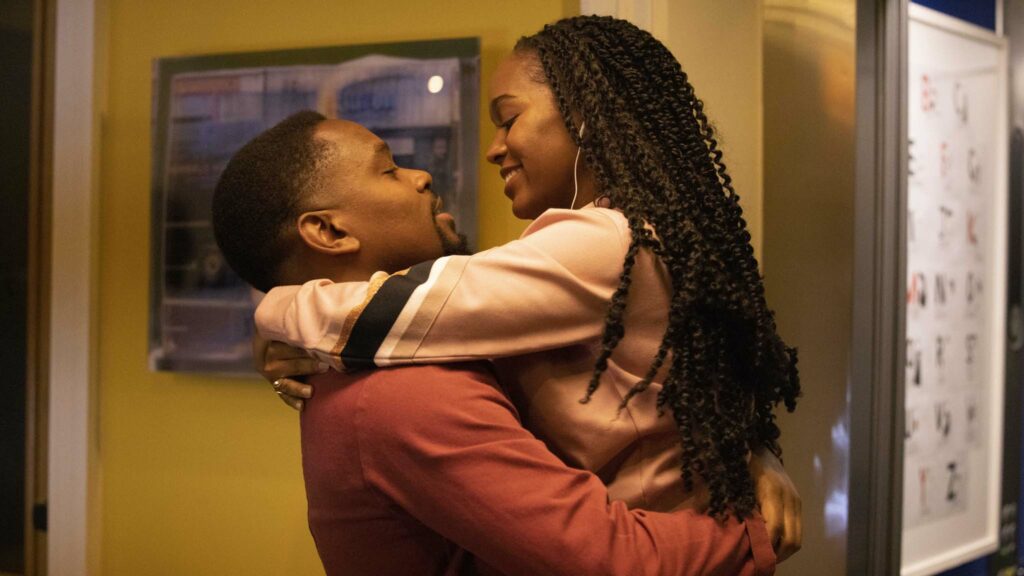 Two years after his parents announced their divorce during Boxing Day celebrations, London-born novelist Melvin McKenzie has relocated to Los Angeles with high-flying girlfriend Lisa. A wedding proposal doesn’t go as planned and Lisa agrees not to wear the ring until Melvin ‘surprises’ her with another perfect declaration of love on bended knee. In the meantime, he faces an awkward homecoming to promote his latest book. Back on home turf with Lisa in tow, Melvin reopens old wounds.

Find Boxing Day in the cinemas 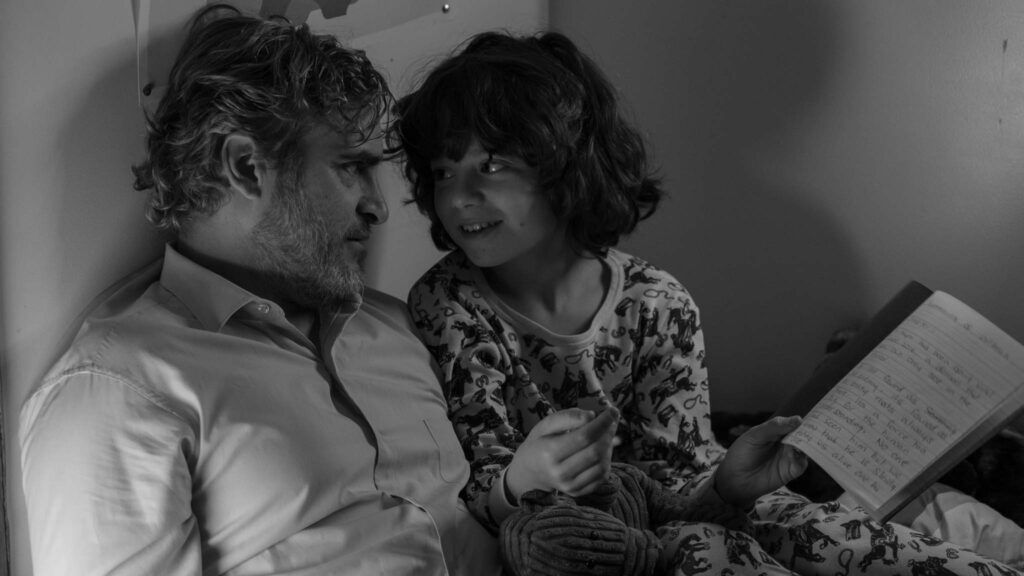 New York-based audio producer Johnny is in Detroit, interviewing young people with colleagues Roxanne and Fernando, when he receives an urgent telephone call from his estranged sister Viv. She implores Johnny to travel to Los Angeles to take care of her nine-year-old son Jesse for a couple of weeks while she supports her ex-husband Paul as he contends with bipolar disorder. Unprepared for temporary guardianship, Johnny muddles through each day with Jesse.

Find C'mon C'mon in the cinemas

Tattoo artist Antonio LeBlanc was born in Korea, adopted at the age of three and brought to the Louisiana bayou. He works hard to provide for his pregnant wife Kathy and her daughter Jessie. When the battle for custody of Jessie turns nasty, Antonio faces deportation.

Find Blue Bayou in the cinemas


CBeebies Christmas Show: The Night Before Christmas (U)

Filmed live at the Theatre Royal Plymouth in front of an invited local audience, the festive production from the CBeebies team is a fun-filled adaptation of Clement Clarke Moore's poem A Visit From St Nicholas, more commonly known as Twas The Night Before Christmas.

Find CBeebies Christmas Show: The Night Before Christmas in the cinemas


Christmas With Andre (U)

Dutch violinist and conductor Andre Rieu - nicknamed the King of Waltz - and the 60-piece Johann Strauss Orchestra perform a seasonal programme of favourites including Jingle Bells, Hallelujah, O Holy Night and Walking In The Air in a palatial setting.

Find Christmas With Andre in the cinemas

Emi has always dreamt of a life of wealth and privilege, mixing with the most beautiful people in the world. She seizes the opportunity to work in the Middle East as a high-end escort. Over time, she is asked to recruit Polish models and celebrities for the sheiks.

Former Marine Malik Khan watches news reports about an asteroid colliding with Earth and the emergence of voracious insects capable of wiping mankind off the planet. He is convinced that his two children Bobby and Jay, who he has seldom seen, are in peril.

Find Encounter in the cinemas

Documentary filmmaker Luke Holland undertakes hundreds of interviews with the last living generation of men and women that participated in Hitler's Third Reich, some of whom continue to absolve themselves of any culpability in implementing the Final Solution.

Damon Albarn and live musicians join the biggest virtual band on the planet aka 2-D, Murdoc Niccals, Noodle and Russel Hobbs for tracks from the Song Machine project as well as hits from the group's back catalogue, recorded live at Kong Studios in West London.

Find Gorillaz: Song Machine Live From Kong in the cinemas


The Gruffalo's Child + Stick Man (U)

Firstly, the Gruffalo's child ignores the warnings of her father and tiptoes out into the snow at night in search of a fabled Mouse. Then, a playful dog mistakes Stick Man for an ordinary stick and the eponymous hero embarks on an epic adventure to get back home.

Find The Gruffalo's Child + Stick Man in the cinemas

Teenager Fabietto yearns to be a film director and he looks at the world through an imaginary lens, spying on his alluring Aunt Patrizia and members of his close-knit family. When Federico Fellini arrives in Naples to make a new film, the locals are swept up in the excitement.

Find The Hand Of God in the cinemas

Neo is a computer hacker, who has long suspected that there is something amiss with the world around him. When he is contacted by the mysterious Morpheus, Neo discovers that his fears are indeed justified.

Find The Matrix in the cinemas

Yannick Nezet-Seguin conducts the Metropolitan Opera premiere of Matthew Aucoin's opera adapted from American playwright Sarah Ruhl's retelling of the myth of Orpheus from the perspective of his wife Eurydice, broadcast live from the Lincoln Centre For The Performing Arts in New York.

Find The Metropolitan Opera Live: Eurydice in the cinemas

Find Monsta X: The Dreaming in the cinemas

A live performance of Peter Wright's classic festive production set to Tchaikovsky's score, broadcast from the stage of the Royal Opera House in London under the baton of conductor Koen Kessels. Loosely based on a story by ETA Hoffmann, The Nutcracker opens with a lively party on Christmas Eve.

Find Royal Ballet Live: The Nutcracker in the cinemas


The Shop Around The Corner (U)

Alfred has been corresponding for months with a pen pal, unaware that the mystery woman is his infuriating new work colleague, Klara. With a nudge from his best friend, Pirovitch, Alfred and Klara fall in love.

Find The Shop Around The Corner in the cinemas

Nell hurriedly prepares a last supper for her old school friends and family before the arrival of a poisonous toxin that will supposedly guarantee a slow and painful demise for everyone on the planet. The government prescribes suicide pills.

Find Silent Night in the cinemas


Sword Art Online: Progressive - Aria Of A Starless Night (12A)

One month after the launch of Akihiko Kayaba's revolutionary hardware NerveGear, which allows players to fully immerse themselves in imaginary realms, Asuna and her friend Mito are trapped inside the Sword Art Online multiplayer role-playing game. To escape, they must complete all 100 levels.

Find Sword Art Online: Progressive - Aria Of A Starless Night in the cinemas