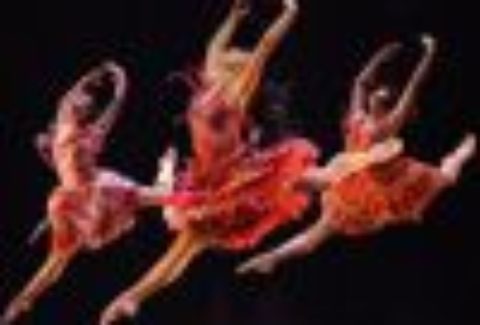 With ground breaking choreography by the legendary Jerome Robbins, book by Arthur Laurents, an unforgettable score by Leonard Bernstein and lyrics by Stephen Sondheim, West Side Story changed the face of musical theatre forever when it originally premiered in 1957.
Based on Shakespeare’s Romeo and Juliet and packed with unforgettable songs including Maria, Tonight, Somewhere, America and I Feel Pretty, West Side Story has been described as 'one of the towering achievements of musical theatre of the last century’. (Guardian)
Leading the talented new cast of this thrilling new production are Katie Hall as Maria and Louis Maskell as her star-crossed lover Tony.
Katie most recently played Christine in the national tour of The Phantom of the Opera, and Cosette in Les Misérables at the West End's Queen’s Theatre.
Louis has previously appeared in the national tour of Scrooge -The Musical.
Djalenga Scott brings her energy and experience from Chicago, Flashdance and The Rocky Horror Show to the pivotal role of Anita.
Jack Wilcox takes on the role of ill-fated Riff, Tony’s best friend and co-founder of the Jets. Jack was most recently in Singin’ in the Rain at the West End’s Palace Theatre and has also appeared in Wicked.
This bright, dynamic new cast is directed and choreographed by Joey McKneely using Jerome Robbins' original choreography. Joey has worked extensively on Broadway and was formerly Robbins' assistant. As such, he brings with him the true essence of the original production.