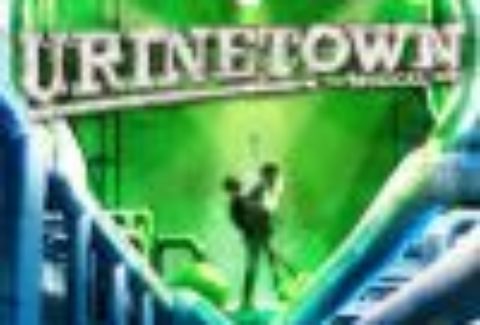 The ripples of revolution are lapping the shores of the West End. Urinetown, the satirical musical comedy that was a sold-out splash hit at the St James Theatre in London's Victoria, is now cascading into the West End's beautifully refurbished Apollo Theatre.
Award-winner Jamie Lloyd (Richard III, The Commitments) directs this sharp-witted rampant riot of a musical, which tells the tale of a town about to burst, a place where spending a penny can prove problematic when the privilege to pee has a preposterous price tag.
There's no such thing as rent-free relief until young hero Bobby Strong appears with more than a good set of pipes. Sometimes all you need is a drop of a hope to save the world.
Renowned comedian Phill Jupitus (Never Mind The Buzzcocks, QI, Hairspray, Monty Python’s Spamalot) will join the cast of Jamie Lloyd’s ground breaking, splash hit production from 1 December 2014.

Directions: The Apollo Theatre is situated on Shaftesbury Avenue in the West End of London, close to Piccadilly Circus tube station.