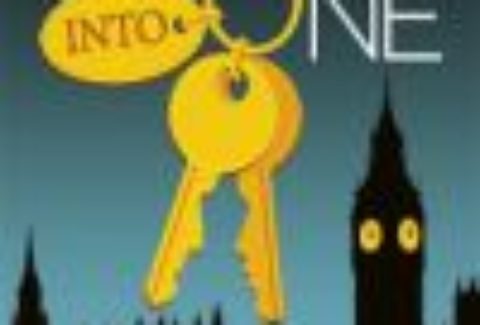 Two Into One cheap tickets and show information. Get discount tickets, special offers on dinner and hotel packages with LondonNet’s guide to theatre in London for Two Into One.

All George Pigden has to do is book a hotel room for MP Richard Willey to meet his mistress. But the bumbling aide makes a series of disastrous mistakes, and extreme complications ensue.
Written and directed by Ray Cooney, the hilarious comedy Two Into One enjoys a welcome revival in the intimate surroundings of the Menier Chocolate Factory.
Ray Cooney is one of the most successful British playwrights of the modern era, and the undisputed king of farce. Two Into One was a hit in London and Paris during its original runs in 1984. It's a standout among Cooney's catalogue of 22 plays, which have been performed around the world and translated into over 40 languages.
The cast includes Jean Fergusson, Josefina Gabrielle, Jeffrey Holland, Tom Golding , Michael Praed, Kathryn Rooney and Nick Wilton.