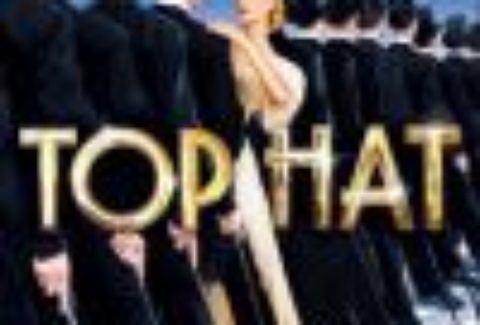 Direct from its tremendous success in London, winning three Olivier awards for Best New Musical, Best Choreography, Best Costumes and the Evening Standard Award for Best Night Out, this spectacular West End production will be touring for the very first time. Top Hat brings the glamour of Hollywood’s golden age and the glorious, tap-dancing magic of Fred Astaire and Ginger Rogers to the stage in one of the greatest dance musicals of all time.
Packed full of Irving Berlin’s greatest hits including, Cheek to Cheek, Top Hat, White Tie & Tails, Let’s Face the Music & Dance and Puttin’ on the Ritz, Top Hat tells the story of Broadway sensation Jerry Travers who dances his way across Europe to win the heart of society girl Dale Tremont. An uplifting and hilarious romantic comedy celebrating 1930s song, style and romance, Top Hat dazzles with over 200 beautiful costumes, breathtaking dance and a love story that will set the pulse racing!