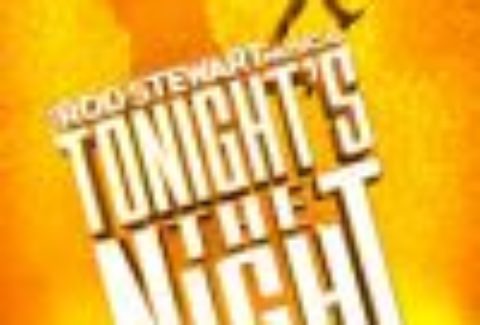 Rod Stewart is one of the best selling recording artists of all time. In a career spanning five decades he’s as popular now as ever, with his recent, acclaimed album Time topping the UK charts, a sell-out Arena Tour in 2013 and last year’s No.1 bestselling book Rod – An Autobiography.
Tonight’s the Night, Ben Elton's smash hit West End musical comedy inspired by Rod's songs is an all-singing, all-dancing feelgood show that went on to play sold-out theatres across the UK. Now it's back, and with it your chance to rediscover the magic of classic songs including Maggie May, Baby Jane, Hot Legs, Sailing and many more.
Set on the mean streets of Detroit and in the glamorous clubs of uptown LA, Tonight’s the Night tells the story of Stuart Clutterbuck, a geeky young man who's so tongue-tied that he can't work up the courage to declare his love to Mary, the girl of his dreams.
With more than a shade of Faust entering the mix, ardent Rod Stewart fan Stu sells his soul to a glamorous lady She-Devil in return for the talent, charisma and sex appeal of Rod himself.
Newly emboldened, Stu starts a relationship with Mary but soon the trappings of rock-star life start to cast a shadow on their love — which provides many a handy cue to roll out anthem after anthem from the stellar Rod Stewart catalogue.