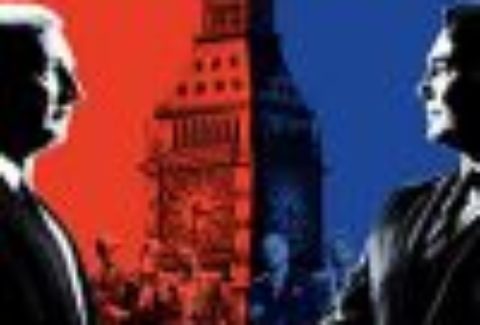 This House cheap tickets and show information. Get discount tickets, special offers on dinner and hotel packages with LondonNet’s guide to theatre in London for This House.

This House will transfer to the Garrick Theatre, following its upcoming run at Chichester’s Minerva Theatre. Having originally played two sell-out seasons at the National Theatre, directed by Headlong Artistic Director Jeremy Herrin, This House opens for previews on 19 November, with a press night on Wednesday 30 November 2016.
1974. The UK faces economic crisis and a hung parliament. In a culture hostile to cooperation, it’s a period when votes are won or lost by one, when there are fist fights in the bars and when sick MPs are carried through the lobby to register their vote. It’s a time when a staggering number of politicians die, and the building creaks under idiosyncrasies and arcane traditions.
Set in the engine rooms of Westminster, James Graham’s This House strips politics down to the practical realities of those behind the scenes: the whips who roll up their sleeves and on occasion bend the rules to shepherd and coerce a diverse chorus of MPs within the Mother of all Parliaments.
Rae Smith’s design neatly installs the House of Commons into the Garrick Theatre including some seating on those famous benches for the audience.