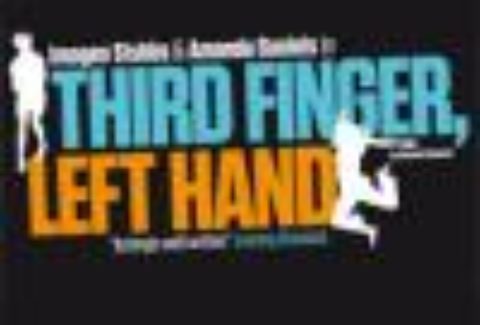 Sisters Niamh and Grace haven't spoken in years, but now Niamh is dying and seeking forgiveness. In a final attempt of reconciliation the sisters meet, reliving the turbulence of their upbringing amid the exhilarating sounds of the 1970s Northern Soul scene, but can old wounds be healed before time runs out?
This is a compelling and touching story of feuding siblings and the ultimate powers of dance and redemption.
Imogen Stubbs has appeared in over 40 plays throughout her career, most recently in a critically lauded performance as Lady Torrance in Orpheus Descending at the Royal Exchange. Third Finger, Left Hand marks her return to the Trafalgar Studios after the ‘Donmar Trafalgar’ production of Salt, Root and Roe.
Amanda Daniels has many TV and theatre credits to her name including BBC1's EastEnders and ITV's Doc Martin and starred in the award winning inaugural performance of Third Finger, Left Hand at the Edinburgh Fringe Festival.