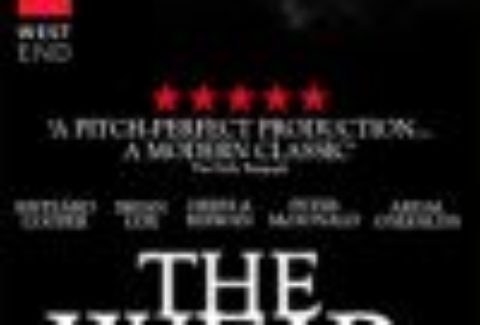 The Weir cheap tickets and show information. Get discount tickets, special offers on dinner and hotel packages with LondonNet’s guide to theatre in London for The Weir.

Following the critically acclaimed sell-out run at the Donmar Warehouse, this modern ghost story transfers to Wyndham's Theatre for twelve weeks only. When it first premiered in 1997, The Weir won the Evening Standard, Critics' Circle and Olivier awards for Best New Play, and established Conor McPherson as one of our greatest living playwrights.
Josie Rourke's critically lauded production reunites the extraordinary original Donmar company of Risteárd Cooper, Brian Cox, Dervla Kirwan, Peter McDonald and Ardal O'Hanlon. This is the first major British revival of one of the all-time great modern classics.

In Brendan's isolated pub on the west coast of Ireland, four men are gathering for a session, where their boasts are matched by their pints. The arrival of a stranger in their midst – a woman– spurs them to impress her with their story-telling. They are stories of souls past and of spirits very much present. But one story is more chilling and more real than any of them could have foreseen.