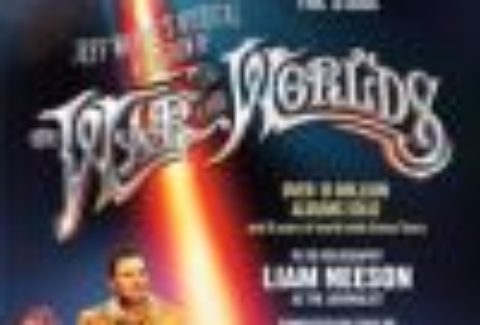 The War Of The Worlds, Dominion Theatre – London Theatre Tickets

Jeff Wayne's musical version of The War of the Worlds.
Bill Kenwright and Jeff Wayne present the west-end debut of the multi-award winning music phenomenon, spectacularly reimagined for the stage.
In 3D Holography Liam Neeson as the journalist.
Conducted by Jeff Wayne and featuring The Black Smoke Band and the ULLAdubULLA strings.
Based on the classic science fiction story by HG Wells
Star casting to be announced.

Directions: The theatre can be seen from the station, on the corner of the crossroads between Tottenham Court Road and Oxford Street.