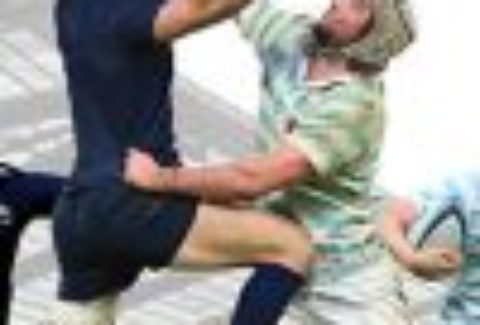 Since 1872 The Varsity Match has been the focus of Oxford and Cambridge rivalry.
The 135th Varsity Match will kick-off at 2.30pm with Oxford needing one more win to make it seven in a row to create a new record for the fixture. Cambridge still leads the series by 61 wins to 59 and will be doing everything possible to further widen the margin. Whatever happens, you will be guaranteed a game full of pride, passion and commitment and a great day out to kick start your festive season.
The Women’s Varsity Match between the universities of Oxford and Cambridge was first played on 10th March 1988 at Iffley Road, Oxford. The captains that day, Heather Lawrence (nee Bunting) and Sophia Marchandani (nee Peggers), were keen rugby fans and were responsible for setting up a women’s team to compete against ‘the Other Place’ as at the time, there was no women’s rugby at either university.
They set out to find like-minded, adventurous types who would be interested in trying something different and ran fundraising events to raise the profile of the teams. It was a last-gasp try from Sophia Peggers, the Cambridge captain that won the day, 8-6, for the Light Blues in front of a crowd of a few hundred supporters.
These days the women’s clubs at Oxford and Cambridge are both fully integrated into the men’s organisations, sharing facilities and gaining access to first-class coaching. 2015 was a breakthrough year, with the women’s Varsity Match being held at Twickenham, the biggest rugby stage in the world, for the very first time. The ‘Player of the Match’ now receives the Bunting-Peggers trophy, named in honour of the pioneering captains from 1988.
The Woman’s Varsity Match kicks off at 11.30am.