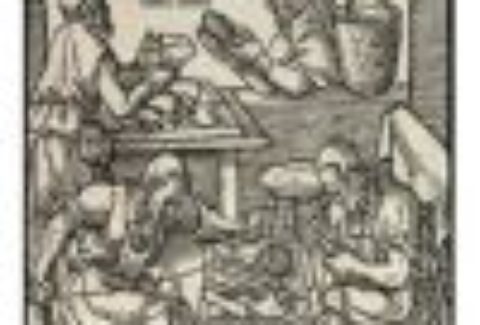 Rowland Lacy loves Rose Oatley but it's not going to work out. An aristocrat and a middle class girl aren't supposed to marry, not least because Rowland is a very bad boy and her parents really don't approve.
When his father sends him to war to reform his ways, Rowland must take drastic action to avoid any chance of unnecessary personal injury and secretly pursue his love. Going from riches to rags, he loses himself among the craftsmen of London, in the guise of a Dutch shoemaker at the shop of the larger-than-life Simon Eyre and his wife Margery, who are decidedly on their way from rags to riches.
Following his acclaimed RSC debut with The Merry Wives of Windsor in 2012, Phillip Breen returns to direct Thomas Dekker's glorious city comedy of class, conflict and cobblers in love.
Dekker based his play on a prose tract titled The Gentle Craft by Thomas Deloney, printed in 1598. First performed in 1599, it includes the poem The Merry Month of May. It was performed before Queen Elizabeth I in January 1600. For all its antiquity, The Shoemaker's Holiday remains a timeless delight.