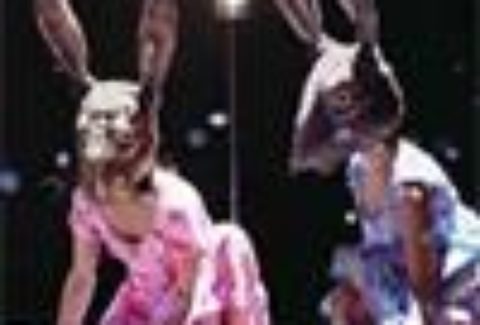 Celebrating the 100th anniversary of Igor Stravinsky’s masterpiece, The Rite of Spring, Sadler’s Wells and Fabulous Beast present two works by awardwinning choreographer and Sadler’s Wells’ newest Associate Artist Michael Keegan-Dolan, honouring two of Stravinsky’s most famous ballets. Keegan-Dolan re imagines his Olivier-nominated version of The Rite of Spring, which premiered at the London Coliseum in 2009 to great critical acclaim. Named as one of few accounts that has truly realised Stravinsky’s vision alongside those of Kenneth MacMillan, Pina Bausch and Leonid Massine, it has been described as “inspired” (The Times) and is accompanied by Stravinsky’s
legendary score.
The evening is completed by Keegan-Dolan’s new interpretation of Petrushka, composed by Stravinsky in 1911. Performed by the exquisite dancers of Fabulous Beast, both pieces together create an intoxicating double bill of dance theatre that honours the searing modernity of Stravinsky’s music.

Directions: (5mins) Take Upper St towards the City Road crossroads. Continue straight and turn right into Rosebery Avenue, where the theatre is 100m down on the right.