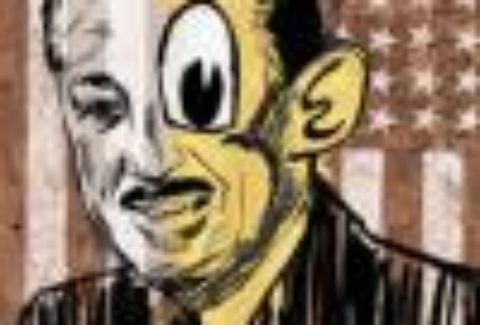 Based on Peter Stephan Jungk’s novel and written by Philip Glass, one of the world’s most important composers, The Perfect American imagines the final years of Walt Disney’s life, including mythical imaginings of Abraham Lincoln and Andy Warhol. This latest opera from Glass, his 24th, was commissioned by ENO and Teatro Real Madrid to mark his 75th birthday.
British theatre director Phelim McDermott returns following his spectacular production of Satyagraha for ENO and the Metropolitan Opera, New York, described as ‘transfixing musically and visually’ (The Guardian). The design is by leading international designer Dan Potra, whose work on the Sydney 2000 Olympic Games ceremony was widely acclaimed.
Fresh from his exceptional performance as Mephistopheles in Terry Gilliam’s 2011 Damnation of Faust, acclaimed British baritone Christopher Purves is Walt Disney, while soprano Janis Kelly creates the role of Disney’s studio nurse and confidante.