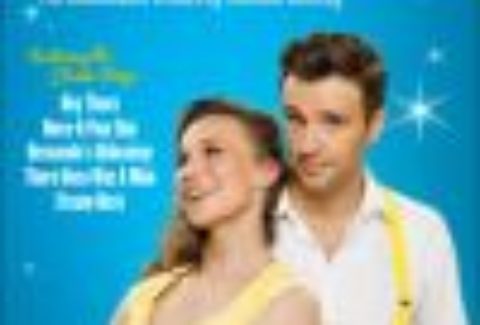 The Pajama Game cheap tickets and show information. Get discount tickets, special offers on dinner and hotel packages with LondonNet’s guide to theatre in London for The Pajama Game.

Romance is blossoming at the Sleep-Tite Pajama Factory as handsome new Superintendent Sid Sorokin falls head-over-heels for feisty Union rep Babe Williams.
But when the employees are refused a seven-and-a-half cents an hour raise, the pair find themselves riotously at odds in this joyous musical comedy. Will love, eventually, conquer all?
Following a critically acclaimed, sold out run at the Chichester Festival Theatre, Richard Eyre's sensational production of Broadway classic The Pajama Game transfers to the West End for a limited season.
A buoyantly blissful confection of romance and comedy, the show’s hit-packed golden age score includes Hey There (You With The Stars In Your Eyes), Hernando’s Hideaway and Steam Heat.

Directions: (5mins) Turn right onto New Oxford Street (past the Dominion) for 200 metres, and then turn right onto Shaftesbury Avenue, where the theatre will be on your left 100 metres down.