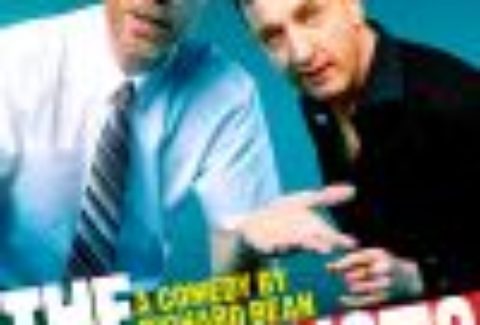 The Mentalists cheap tickets and show information. Get discount tickets, special offers on dinner and hotel packages with LondonNet’s guide to theatre in London for The Mentalists.

BAFTA and Golden Globe award-winning Stephen Merchant (The Office, Extras, Hello Ladies) stars with critically acclaimed actor Steffan Rhodri (Gavin & Stacey, Harry Potter, Posh) in this sharply written and darkly comic play from Richard Bean, writer of the smash hit, One Man, Two Guvnors.
Ted (Stephen Merchant) has a master plan to revolutionise the world – and with help from his best friend Morrie (Steffan Rhodri) and his trusty video camera, it may just go global!
But Morrie begins to suspect that Ted's in trouble as unpaid bills and cryptic phone calls start to mount; and as the world closes in on their hotel room in this poignant and touching comedy, there is only one way out…