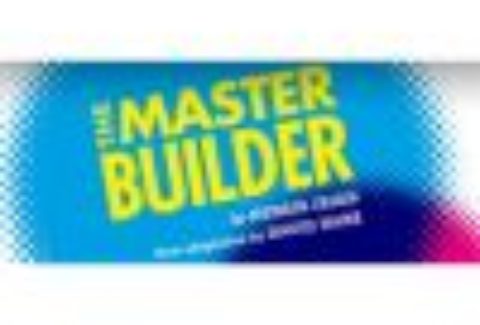 A searing and mesmeric exploration of power, control, death and life, Henrik Ibsen’s late masterpiece The Master Builder comes to The Old Vic in a lively new adaptation by David Hare (multi-award-winning writer and author of 32 plays for the stage including Skylight, The Absence Of War, Amy’s View, Pravda and Stuff Happens).
Halvard Solness, a master architect, has spent his lifetime building the tallest spires in the land. But when Hilde, a radiant country girl, descends unexpectedly into his world, age is confronted by youth, and a series of revelations builds to a vertiginous climax.
Ralph Fiennes recent theatre credits include the role of Jack Tanner in George Bernard Shaw’s Man and Superman at the National Theatre and Prospero in Trevor Nunn’s production of The Tempest (Theatre Royal Haymarket)
Fiennes’ extensive film credits include The Grand Budapest Hotel, The Harry Potter films, Skyfall, Coriolanus, Wrath of the Titans, Clash of the Titans, The Duchess, The Reader, The Hurt Locker, In Bruges, The Constant Gardener, The Avengers and The English Patient.

Directions: (7mins) Take Mepham Street (100 metres) down to Waterloo Road. Turn right on Waterloo Road, but keep left as the theatre is 100 metres further along on the opposite corner.