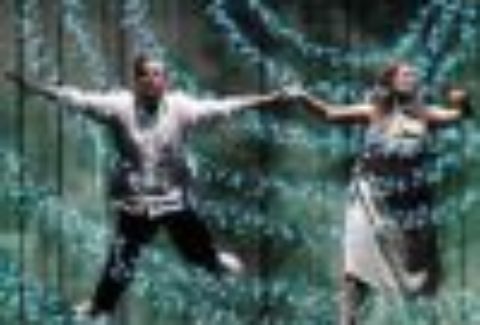 The Magic Flute cheap tickets and show information. Get discount tickets, special offers on dinner and hotel packages with LondonNet’s guide to theatre in London for The Magic Flute.

A jewel in ENO's repertoire since 1988, this spectacular staging of Mozart's final opera has thrilled audiences of all ages, and now returns, complete with giant serpent, dancing bears and live performing birds.
A mix of fairy- tale adventure, knockabout farce, moral allegory and marvellous music – including the thrilling Queen of the Night aria – The Magic Flute was premiered just ten weeks before its composer's tragically early death. It was the biggest popular success of his short life, as well as the most moving of all his operas.
It's a mixture of the philosophical, the romantic and the farcical. It can be a challenge to bring these elements together cohesively, but this production's strong cast succeeds admirably in doing so.
The plot draws on the enlightenment philosophies of 18th Century Europe while remaining entirely accessible. Sarastro battles for wisdom and reason against the Queen of Night, while young Prince Tamino undertakkes initiation rites in his search for acceptance and true love. With it's panto-like storyline, catchy tunes, broad comedy and profound humanity, The Magic Flute is the perfect introduction to opera for newcomers.