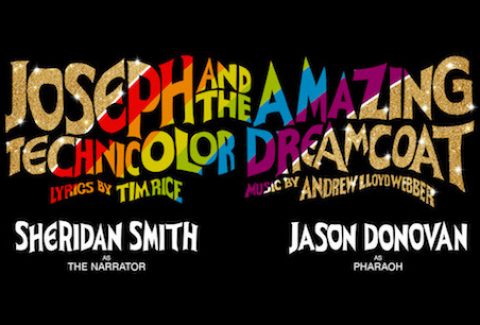 Starring BAFTA and Olivier Award winner Sheridan Smith as The Narrator and Jason Donovan as Pharaoh
From £18.00
Book Tickets

A new production of Andrew Lloyd Webber and Tim Rice’s multi-award winning musical is returning to The London Palladium in summer 2019 for
a strictly limited run!

BAFTA and Olivier Award-winning actress Sheridan Smith stars as the Narrator in the eagerly anticipated revival, with Jason Donovan returning to The London Palladium in the role of Pharaoh, alongside newcomer Jac Yarrow in the iconic role of Joseph.

Released as a concept album in 1969, Joseph and the Amazing Technicolor Dreamcoat has become one of the world’s most iconic musicals, featuring songs that have gone on to become pop and musical theatre standards, including Any Dream Will Do and Go, Go, Go, Joseph.

Please note: casting for the London Palladium 2020 run of Joseph has yet to be announced. The appearance of any particular artist cannot be guaranteed.
- Advertisement -