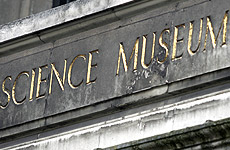 A FAMOUS scientist who says that black people aren’t as clever as white people has had his invitation to speak at the Science Museum revoked.

Nobel Prize winner Dr James Watson, who pioneered early work on DNA, has been widely quoted in the media in the last several days with both The Sunday Times and The Independent giving him space to push his views that black people’s “intelligence is not the same as ours.”

He also said that while he liked the idea of racial equality in the abstract, in reality, “people who have to deal with black employees find this is not true”.

“We feel Dr Watson has gone beyond the point of acceptable debate and we are, as a result, cancelling his talk,” said a spokesperson for the Science Museum.

Most scientists in the field of human intelligence do not adhere to the kind of braininess-by-race notions held by Watson.

Watson was due to speak at the museum on Friday.