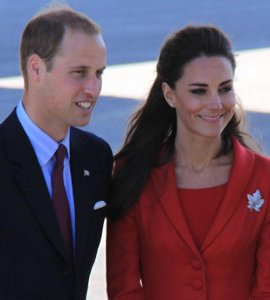 THE DUKE and Duchess of Cambridge and Prince Harry will attend only five Paralympic events between them during the course of the games, despite turning up day after day at the Olympics earlier this month.

“The duke will be back on shifts with the search and rescue team when he is not attending events and Prince Harry has long-standing military commitments.

“Prince Harry was on a period of summer leave during the Olympics which is due to come to a close very soon. The duke did not have any military commitments during the first week of the Olympics.”

The royals, who are all Paralympics GB ambassadors, will attend three days of sport, including goalball and track cycling.

As well as the opening ceremony last night (29.08.12), the duchess will also watch swimming and athletics, but her husband, Prince William, will have to return to his job as an RAF Search and Rescue pilot.

Prince Harry will attend the swimming next week, before visiting Paralympics GB House to meet with team members.

The Duke and Duchess also have to prepare for an overseas tour to South East Asia, which departs on 10 September, a day after the Paralympics finishes.

London on course to grow to its biggest ever size by...