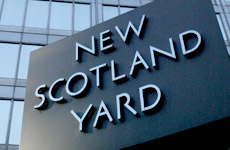 THE NOTTING HILL Carnival doesn’t begin until next weekend (30 August), but already the police operation to cut down on crime at the annual street festival has kicked off.

Over the last two days, the Metropolitan Police, under the Operation Razorback banner, has raided properties in Battersea, Ealing, Peckham, Pimlico and Tottenham, making eight arrests in the process, mainly for drug-related offences.

It’s likely these raids are only the start.

“We want the thousands of people who go to Carnival to enjoy this unique event to the full,” said Detective Chief Inspector Helen Millichap, “so we´re asking anyone who may know someone intending to cause trouble to get in touch.”

Police have beefed up surveillance and security at Carnival over recent years.

2008 saw the use of new stop and search powers and the widespread introduction of metal detectors and at this year´s event, the Met are to bring in number plate recognition cameras.

London Olympic Flame Route to Take in Greenwich and Kew, but...