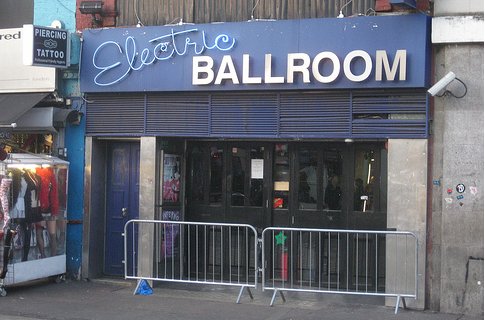 CAMDEN TOWN is to get a Hollywood-style walk of fame, which will honour pop music greats linked with the area such as Pink Floyd, Oasis and Amy Winehouse.

Endorsed by the Los Angeles movie-star original, Camden’s will honour music’s greatest performers with a bronze and stone disc, presumably to mimic a vinyl record, set in the pavement. Each disc is set to cost about £500.

Those chosen will be split into five groups: influential artists; innovative artists; unsung heroes; and industry types. After a committee has come up with a shortlist, we all get the chance to vote on the Music Walk of Fame’s website.

The shortlist hasn’t been decided yet, but hints have been dropped that among those in the first tranche will be Pink Floyd, Soft Machine, The Doors, Marc Bolan, The Move, Cream, Hawkwind, Blur, Oasis, Pulp, Supergrass, Suede, Madonna, Radiohead and Public Enemy.

One name we do know for definite is that of previous Camden resident Amy Winehouse, who died in 2011 aged 27.

Her father Mitch told the Independent on Sunday: “I think she would have genuinely been excited by this – that stone is going to be there for ever.

“That means Amy’s going to be there for ever, which is lovely. She lived in Camden, she died in Camden. She was Camden through and through.”

The idea arose six years ago when 10-year-old Adam Bennett, now 16, visited the famous monument in Los Angeles with his father, Lee, a music impresario and now CEO of the Music Walk of Fame.

“It was important I got their [Hollywood Chamber of Commerce’s] blessing,” said Bennett senior.

“When you think of ‘Walk of Fame’ you think of Hollywood. We’ll be the only other recognised walk of fame in the world.”

From Russia with Love