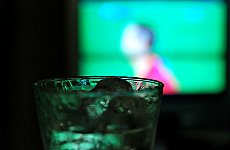 MANCHESTER UNITED are to move to Mayfair – one of London’s swankiest areas – in a bid to make more money from the football club’s commercial ventures.

It’s not like they’re going to bring Old Trafford down south brick by brick to satisfy the demands of their Home Counties fan base; instead United will open a new set of offices in a Mayfair block, the exact location of which is being kept secret.

All in, the rent for the offices comes to nearly £1M a year, enough to pay a star player’s wages for a few days at least.

The idea behind having an office in London is that cheque-book waving global sponsors are more likely to pop in for a cuppa in the West End than they would be at the Stretford End.

United have had a small office in London for three years, reports the Daily Telegraph, but with 45 staff now crammed into the Pall Mall site, they have decided to expand into the 11,500 sq ft Mayfair base.

Ryanair to Charge for Toilets and Raise Fees for Bags