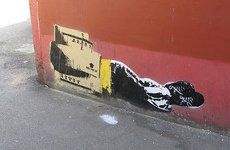 HUNDREDS of homeless children in London have no legal status, the victims of immigration red tape and local council indifference, researchers for the BBC’s Inside Out programme have found.

Often, the children entered the UK legally with their parents or guardians, but were then abandoned and now find themselves in legal limboland, unable to access welfare services and forced to live on the street.

“To date, we’ve been approached by over 600 young people. It is a big issue,” said Jennifer Blake, of Safe ‘n’ Sound, a youth charity based in Peckham.

With no established legal status, many of the children and teenagers find themselves out on the margins of society, easy pickings for crime and vice gangs.

As many as one in ten children in London are thought to have “uncertain” immigration status, according to the Inside Out report, though the vast majority have not been abandoned by their carers.

For those that have been kicked out of home, there is some optimism despite the legal issues, as councils are meant to help. The problem seems to be that some councils are trying to avoid their responsibilities.

“If you are a child in the UK, regardless of immigration status the local authority has a legal duty – they should be looking after you,” said Kamena Dorling, of Coram Legal Centre, a charity that provides legal advice to children.

“They should be providing you with support and accommodation and often this doesn’t happen.”

Madonna Fell Off a Horse and Her Marriage Fell Apart

Arsene Wenger Up for Best French-Type Person in London Award