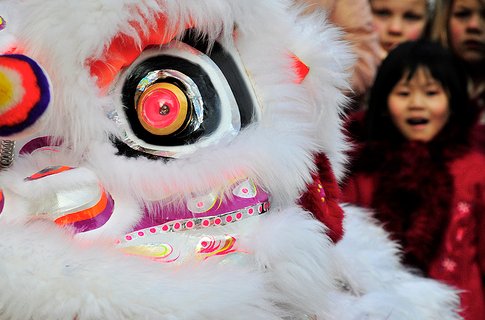 Half a million humans plus a few lions and snakes are bound for Chinatown this Sunday 10 February, to see in the Chinese New Year.

Over the last few years crowd numbers in Soho for the fireworks and festivities have topped 300,000, the best attended Chinese New Year event outside the Celestial Kingdom itself.

This year, singers Emmy the Great and Paul Potts, booked for the main stage on Trafalgar Square, are likely to send those numbers even higher.

Among the huge crowds are increasing numbers of Chinese tourists, who use their holiday season to visit London and beyond.

“We are better prepared than ever before to welcome Chinese shoppers in London for Chinese New Year and Golden Week celebrations,” said Simon Fowler, head of John Lewis on Oxford Street.

“Our team of Mandarin-speaking partners, providing translated store guides, will be on hand to assist.”

Worried eyes will fix on the month of May, also known as Snake Month, when the May Snake, an annual visitor, is set to do battle with the Year Snake, causing all manner of turbulence.

But, for now, it’s all about the party.

“Bringing hundreds of thousands of people into central London, it is one of the most exuberant and colourful events of the year, with Londoners and visitors alike enjoying acrobats, musicians and performers from the UK and China itself.”

The parade on Sunday starts in Trafalgar Square at 10am, wending its way to Rupert Street by about 11.00am. Full details on the official site.