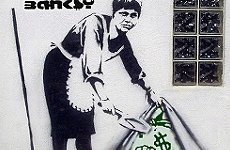 LONDON is now the developed world’s most unequal city, according to new research made public today.

In his book, In Injustice: Why Social Inequality Persists, Daniel Dorling calculates that the richest 10% of people in London are 273 times as wealthy as the bottom 10%, a wealth gap that would make even the Victorians blush.

“We are getting wealth inequalities in London now as far as we know that have not been seen since the days of a slave-owning elite,” Dorling told The Guardian.

One reason for London’s lead in the inequality business is that it is often the city of choice for the international mega-rich.

Last week, for instance, LondonNet ran a story about the influx of wealthy Greeks looking to buy property in Mayfair, following a route trodden in recent years by Russian oligarchs.

Meanwhile, at the other end of the social scale, London has one of the highest rates of unemployment – at 8.9% – in the UK, though there was some good news on this front today as 22,000 fewer people were reported out of work in the three-month period to February this year, compared to the quarter before that.