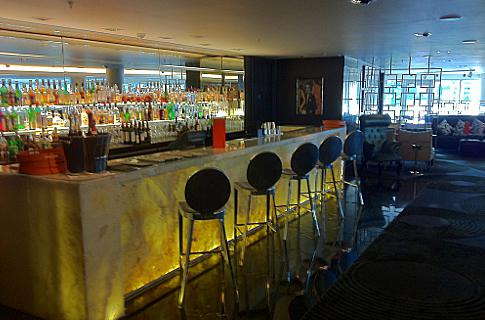 FOLLOWING A POOR start to the year, London hotels have seen their profits rise for the first time this year thanks to increased sales of drinks.

The capital’s hotels have suffered over the past few months in part due to the flat-lining economy and in part down to year-on-year comparisons with 2012, which saw record visitors to London thanks to the Jubilee and summer Olympics.

However, figures just in from industry experts HotStats show that profits rose for the first time this year in April. The profit increase of 1.6% for April – compared to the same month last year- came despite a dip of 0.2% in room occupancy. The boost is thanks to a healthy 6.3% growth in revenues from beverages and a 3.3% rise in food revenues said Hotstats. The ‘residential conference segment’ was particularly healthy with room rate gains of 2.9% for the month and volume growth of 2.3%.

“Even though the first four months of the year show cumulative negative trends across all key performance indicators, the rolling twelve months figures are still recording benefit from the Olympic effect” said the report.

Elsewhere in the UK, the provinces experienced their biggest year-on-year profit increases in three years. Gross operating profit per available room (GOPPAR) was up by ten per cent, with the shift in the Easter holidays this year being thanked for the healthy showing.

More London Hotel News:
HotStats – April Survey
London’s six best hotels – ‘among the finest in the world’ – are named by Forbes in new guide
London Hotel Profits Shot Up by 90% During the Olympics
London Hotels Whack Up Prices by 400% for Olympics, Finds New Survey