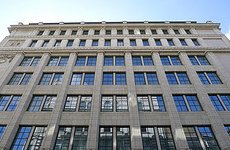 LONDON hotels posted record profits during the Olympics, increasing by a whopping 90%, new figures have revealed.

The welcome news for hoteliers’ bank balances was mainly the result of an average 40% increase in London hotel room rates in August, from £107 to £150 a room.

“With the Olympics, August was an extraordinary boost for the London hotel market on the back of a decline in June and July,” said Jonathan Langston, managing director of TRI, the company behind today’s HotStats figures, which cover chain hotels in the main.

It wasn’t only the room rate rises that filled the coffers, but also increased sales of food and drink in hotels, which rose by 15% and 20% respectively.

Before we fix a picture of Olympic guests largeing it up on champagne and caviar, it looks like at least some of that quaffing and scoffing was done in the line of work: there was a £174% increase in conference room hire.

Despite the Olympic boost, hotels, like everyone else, look to have been hit by what Langston called “challenging market conditions”.

“Whilst London market-wide performance in August performance was exceptional, we cannot avoid the fact that there has been a slow-down in revenue and profit growth prior to the Olympics,” he said.

Oyster cards to be replaced by mobile phones in government ticket...