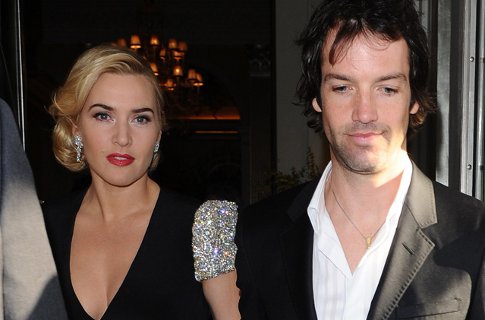 The 37-year-old actress wed Ned RocknRoll in a private ceremony in New York earlier this week, and the newlyweds will celebrate their union with the extraordinary two-hour flight into orbit courtesy of Ned’s uncle, Sir Richard Branson, according to The Sun newspaper.

Ned, 34, works part-time for Richard’s space flights venture, Virgin Galactic, which aims to offer commercial flights above Earth’s atmosphere from next year, and suggested the gift to the billionaire tycoon, who offered a trip to his nephew and his new bride for free.

Tickets for the space journey cost a whopping £124,000, and have been snapped up already by the likes of actor Ashton Kutcher and comedian Russell Brand.

The couple will fly a dizzying 60 miles above the planet, where they will experience weightlessness and see the Earth’s curve.

Kate has previously expressed her desire of an astronomical trip.

Kate – who has daughter Mia, 12, with first husband Jim Threapleton and son Joe, nine, with second spouse Sam Mendes – met Ned in August 2011 while on holiday in Necker Island which is owned by Richard.

The actress saved Richard’s 90-year-old mother, guiding her to safety after her home was struck by lightning.

Kate and Ned exchanged £250,000 wedding rings in an intimate ceremony, but will invite all of their family and friends to celebrate with them in Necker Island next year.

A source said: “They’re having a belated celebration so everyone’s really happy and excited for them.”