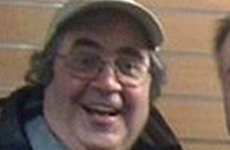 DANNY BAKER and Robert Elms are set to do battle for the BBC London 94.9 afternoon slot, after the radio station announced cuts of 25% to its budget.

“It’s likely that there’ll be one afternoon programme, but who presents it is yet to be decided,” said a BBC spokesperson.

“This new programme would be broadcast not just in London, but to other regional stations in the south-east.”

Elms currently broadcasts from 12 noon to 3pm, with Baker in the 3pm-5pm slot. It is possible the morning show will be extended to 1pm in the new arrangement and Drivetime moved forward to 4pm, leaving a three hour afternoon show to be filled by Baker or Elms.

The likelihood that one of station’s biggest names faces the axe roused Baker to action via his Twitter account.

“So the BBC London afternoon show – current Sony Gold holder – is to be part of the Delivering Quality First cuts,” said Baker.

“The logic of Genius. Nothing like having your show axed to let you know how valued you are.”

Elms received plenty of Tweets in support of his own cause, after he asked listeners to make their voices heard:

“This is a consulatation period about the cuts, you are invited to make your voice heard on BBC London being decimated. Please do,” Elms said on Twitter.

Although it has confirmed the one-afternoon-slot plan, the BBC says that no show has been axed yet.

“BBC London will be sharing some programmes, but which programmes and who presents them is yet to decided. Danny hasn’t been told his show’s been axed, because it hasn’t been,” said the spokesperson.

BBC London’s 25% cuts are are part of a wider cuts package revealed by the BBC yesterday. On a national level, the cuts percentage is 20%.

To make your own submissions visit the BBC Trust website.

Ministry of Sound: Axe Could Fall on Famous Venue in two...