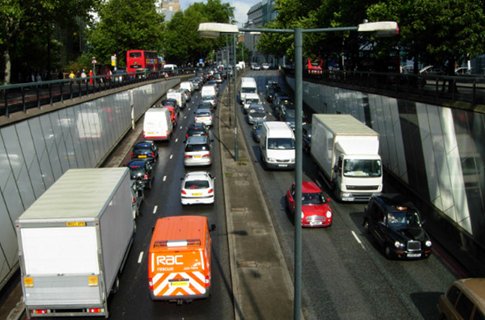 Toll roads across London are on the agenda of London Mayor Boris Johnson, whose Roads Task Force calls for new charges on cars to help fund his 20-year, £30 billion transport investment plan.

The task force, set up by Johnson last year, recommends the building of tolled tunnels for the North and South Circulars and says that there should be “charging for the use of road space, including tolling for new infrastructure”.

“I welcome the Roads Task Force report and the bold approach it proposes for London’s 21st century roads and streets,” said Johnson today.

“It is in tune with my 2020 Vision, our plans on cycling and for investment in London’s roads and streets.”

With a £5 price tag on the new tolls, a there-and-back journey from outer London to the centre would cost £20 including the Congestion Charge. That trip is also likely to take longer as the Task Force also recommends bringing in more 20mph zones.

The report says putting busy routes underground will open up the space above for less-polluting transport like bikes and pedestrians. Other recommendations include the redevelopment of important junctions, like the Elephant and Castle and Wandsworth one-way system and new cycle- and pedestrian-only bridges across the river.

Two New Cycle Superhighways to be Ready for July

Ken Livingstone Takes Poll Lead over the ‘Mayor of the 1%’