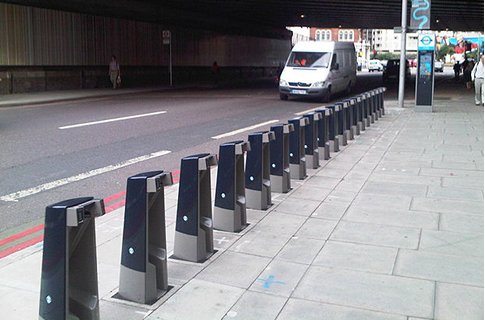 London’s blue hire bikes, aka Boris Bikes, could be locked away after the RMT union announced it is to ballot staff on strike action.

Cuts in pay and new shift patterns imposed by Serco Barclays, the company which runs the scheme, are the main issues behind the ballot, as well as what the union sees as bullying of workers and a lack of investment in the scheme, particularly in the maintenance of docking stations.

“Just over a week ago there were warnings that the scheme was degenerating into a laughing stock because docking stations in key locations have no bikes and that the operators were facing a barrage of complaints from visitors to the City,” said Bob Crow, RMT general secretary today.

“RMT members will not be left to take the rap.

“Despite warnings that the so-called Boris Bikes are facing severe docking and capacity problems, the staff running the London cycle hire scheme are facing a bullying management who are imposing outrageous changes to conditions of service while denying our members a fair pay increase for a massively increasing workload.

“The scheme has attracted global publicity, but now risks collapsing into chaos through a massive under-investment in staff, bikes and docking stations.”