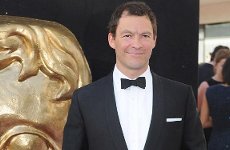 Dominic West was among three actors from Appropriate Adult to claim gongs at the BAFTA Television Awards last night (27.05.12).

The Wire actor was joined by Emily Watson, who won the Leading Actress prize, and Monica Dolan, named best Supporting Actress, for their roles in the ITV1 show about the infamous killer and his wife Rose West.

Joking about the popularity of Benedict Cumberbatch – who was nominated for his role in Sherlock – Dominic said: “Even my sister was rooting for Benedict! She’s watching from Majorca right now with eyes filled with disappointment.”

He also paid tribute to social worker Janet Leigh – whom Emily Watson portrayed – who was left traumatised after her contact with the child killer and became a recluse.

He added: “When I first met Janet, she said she hoped the film would bring some closure to the misunderstanding and pain she suffered. I hope she feels some closure and that we honoured the suffering she endured and the suffering of all of the West victims, living and dead.”

Among the other winners at the event on London’s South Bank was Graham Norton for The Graham Norton Show and Jennifer Saunders, who won for Absolutely Fabulous.

Steven Moffat, creator of Sherlock and head writer of Doctor Who was given the Special Award for creative writing on television.

Full list of winners of the Arqiva BAFTA Television Awards 2012:,