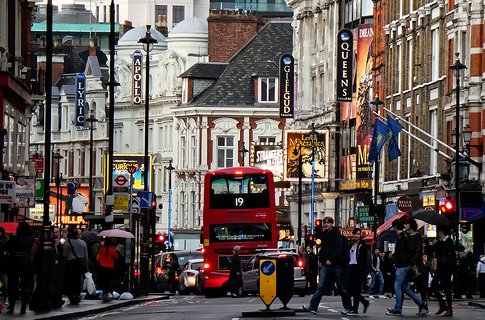 The Apollo theatre on Shaftesbury Avenue suffered a ceiling collapse during a performance of The Curious Incident of the Dog at Night Time last night, injuring at least 85 people.

“In my time as a fire officer I’ve never seen an incident like this,” said chief firefighter Nick Harding.

“I imagine lots of people were out enjoying the show in the run-up to Christmas. My thoughts go out to all those affected.”

Such was the scale of the disaster that a passing bus was roped in to help transport the injured to hospital. Most of those affected were cared for by staff at St Thomas’ Hospital and University College Hospital, while some were helped at the nearby Gielgud and Queens theatres as well as the White Horse pub.

Theatre-goers heard a loud cracking sound at about 8pm, a quarter of an hour before the ceiling gave way.

“People started to get up and leave but a lot stayed in their seats, then someone shouted to get out then a second later the ceiling fell in,” one member of the audience told The Mirror.

“It was not in little pieces it was in one big block. It fell right down in front of us, right on to the people sat below.

“There was screams and people shouting. Never have I been in danger like that before. We got up and ran out of the back exit straight away. You could not see below the balcony because there was so much dust.”